6 News Bites from the First Week of August

Here are a few of the news stories from the weather and atmospheric sciences world that we've been following this week. Do you have a story we missed? Share it in the community!

Snow sublimation is drying up rivers across the west

Though rivers in the western U.S. have been studied for over a century, there is a lot researchers don’t know about how the snowpack is connected to rivers. Moisture can be lost from the snowpack by evaporating straight into the atmosphere. Just as the amount of snow varies each year, so too does the loss of water to the air. Under the right conditions, more snow can disappear into the air than melts into rivers. But how snowfall and loss of moisture into the air itself relate to water levels in rivers and lakes is an important and not well understood part of the water cycle, particularly in drought years. Read more about sublimation and why water supplies continue to be unpredictable.

A new study has raised alarm over the Atlantic Ocean's current system, which could be weakening to such an extent that it could soon bring big changes to the world's weather. The Atlantic Meridional Overturning Circulation (AMOC) is a large system of ocean currents which transports warm water from the tropics northwards into the North Atlantic and a key engine of the Northern Hemisphere's climate.

As the atmosphere warms due to increased greenhouse gas emissions, the surface ocean beneath retains more of heat. Both instability and collapse of the system could have severe consequences for the world's weather systems. Read more. 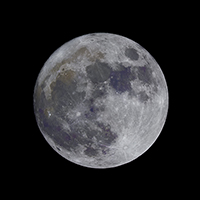 NASA creates map of cooled magma fragments on the moon

A pair of NASA studies have identified the most likely locations to find pieces of cooled magma fragments from the moon's ancient surface. This creates a map for future lunar sample return missions such as those under NASA’s Artemis program. If collected and analyzed, these fragments from deep within the Moon can provide a better understanding of how the Moon, the Earth, and many other solar system worlds evolved. Read more about the magma ocean and what secrets the moon may hold.

Scientists have a new tool to help solve the mystery of why the Earth, some 50 million years ago, began shifting from a “greenhouse” climate that was warmer than today toward cooler “icehouse” conditions. Teeth from sand sharks that swam around Antarctica millennia ago preserve critical information about ocean and climate conditions. By analyzing the chemistry preserved in the shark teeth, the research team found evidence of when the Drake Passage opened, which allowed the waters of the Pacific and Atlantic oceans to mix, and what the water felt like at the time. Read more about the sharks, their teeth, and the environment of the times.

Light of a dying star: researchers record the first moments of a supernova

The earliest moments of a supernova – the cataclysmic explosion of a massive star – have been observed in unprecedented detail, in a development researchers say could help us better understand what happens to stars when they die. Using data collected from Nasa’s Kepler space telescope in 2017, astrophysicists recorded the initial light burst from a supernova as a shockwave blasted its way through a star 100 times bigger than our sun. 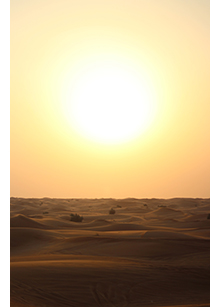 Read more about the findings and the images.

A new study published in Nature Climate Change has found that the likelihood of extreme record-shattering events is increasing at an alarming rate. These events are unprecedented in the observational record and nearly impossible without climate change. The researchers warned that many places in the world have not yet seen anything close to the intensity of heat waves now possible but should expect them in the coming decades. Learn more about what this means for weather prediction and the planet.

Aug 27, 2021
Atmospheric and Space News for the End of August

Jun 2, 2021
A Smattering of Books for the Amateur Weather Enthusiast