Queen Carlotta of the Air

It wasn’t clear when Mary Breed Hawley married Carl Edgar Myers in 1871, that by the end of the century they would be one of the powerhouse couples of early aeronautics and create a revolution in American ballooning.

Carl Myers was born in New York and was a banker as well as an inveterate tinkerer with electricity, mechanics, and science. Before his marriage he had started the first telegraph office in Mohawk, NY, by constructing all the equipment himself and learning Morse code while working at the bank. In addition to this, he invented a method of detecting counterfeit money that laid the foundation for modern techniques, and created an automatic self-recording barometer that delivered continuous results for 30 years. But this was all before the balloons.

Little is known of Mary Hawley before her marriage. She was born in Breed’s Hill, Massachusetts, and was seven years Myers’ junior. She met her soon-to-be husband after he had left his banking career and opened a photography studio in Hornellsville. Once they were married, both of their interests turned to aeronautics, and by 1878 they had built and launched their first balloon with Carl as a pilot. A rapid succession of inventions followed, with Mary and Carl both working on aeronautical innovations. In addition to his balloon launch, Myers also developed a specialized varnish for fabric that he and Mary used to construct their balloons. One of their patents included a varnishing machine that could apply the varnish to fabric so quickly that by 1891 he could complete one balloon a day, even though some of the balloons were over 20 feet in diameter and the material weighed over 100 pounds. 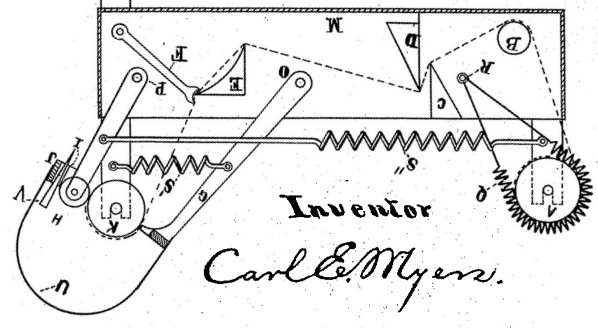 Mary was no sidecar or silent observer to these experiments. After her husband’s first successful ascent, Mary taught herself how to pilot balloons and became the first woman in the U.S. to pilot her own aircraft. She followed this first flight with an astonishingly successful career under the stage name of “Queen Carlotta of the Air.” From 1880 to 1891, she made hundreds of flights and safely carried over 100,000 passengers in her balloons. 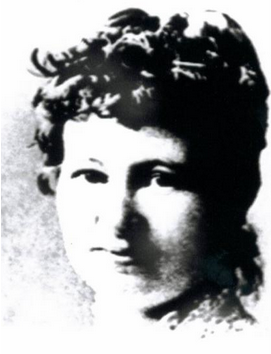 Key to Mary's success was her study of atmospheric phenomena and her ability to pilot safely through various weather patterns. She spent a great deal of time during her flights recording temperature, humidity, and studying how they impacted her balloon. She then incorporated this weather knowledge into her innovative balloon designs, including a platform that she could manipulate and bend as needed during flight to help catch air currents.

Using this extensive knowledge, Mary Myers set a world record for altitude with a natural gas powered balloon when she lifted 20,000 feet in the air during one of her flights in 1888. And, amazingly enough, she returned safely without the use of oxygen assistant equipment for breathing. It’s estimated that she made more balloon flights than any other man or woman in the United States during her career.

But the story doesn’t stop with Mary’s ballooning. While she ceased regular flight exhibitions in the early 1890s, she and Carl purchased a three story Victorian house in Frankfort, Maryland, which they transformed into a full time balloon manufacturing workshop. The “Balloon Farm” as it was known, was not only a place for balloon trials and manufacturing, but also delivered custom made balloons for government clients. By 1902, newspapers reported that the Myers’ held a monopoly on balloon creation on the East Coast. Their projects included not only supplying the U.S. Weather Service with observation balloons, but also creating balloons to serve during the Spanish American War. 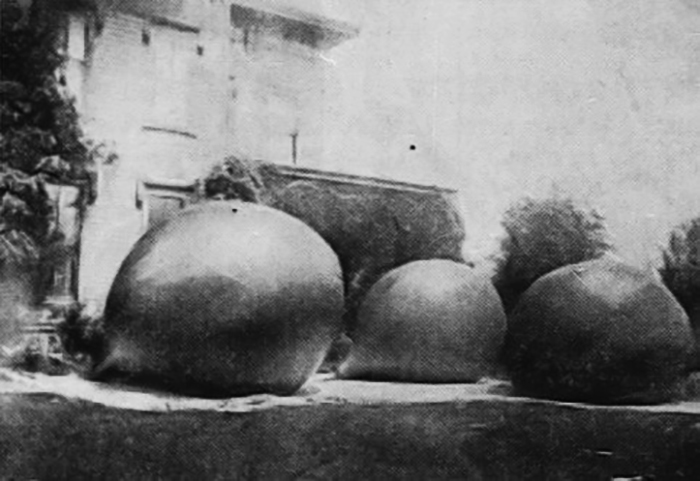 Display of three oxygen-hydrogen balloons made by Carl Myers at his "Balloon Farm" in Frankfort, NY. Image from the Pittsburgh Daily Gazette, 27 September 1903

Sep 9, 2021
The Northernmost Station: Weather Observations in Alaska in 1926