Starting in 1873, the Office of the Chief Signal Officer within the U.S. War Department began producing a monthly report on the weather across the United States called Monthly Weather Review. The first issue in January 1873 was only a one-page written summary of the weather and one map of the tracks of low pressure centers across the United States during that month.  This modest start certainly didn’t portend Monthly Weather Review becoming one of the continuously published and longest-running scientific meteorological journals in the world.  This year represents the 150th year of its publication, and Monthly Weather Review has been celebrating all year long. 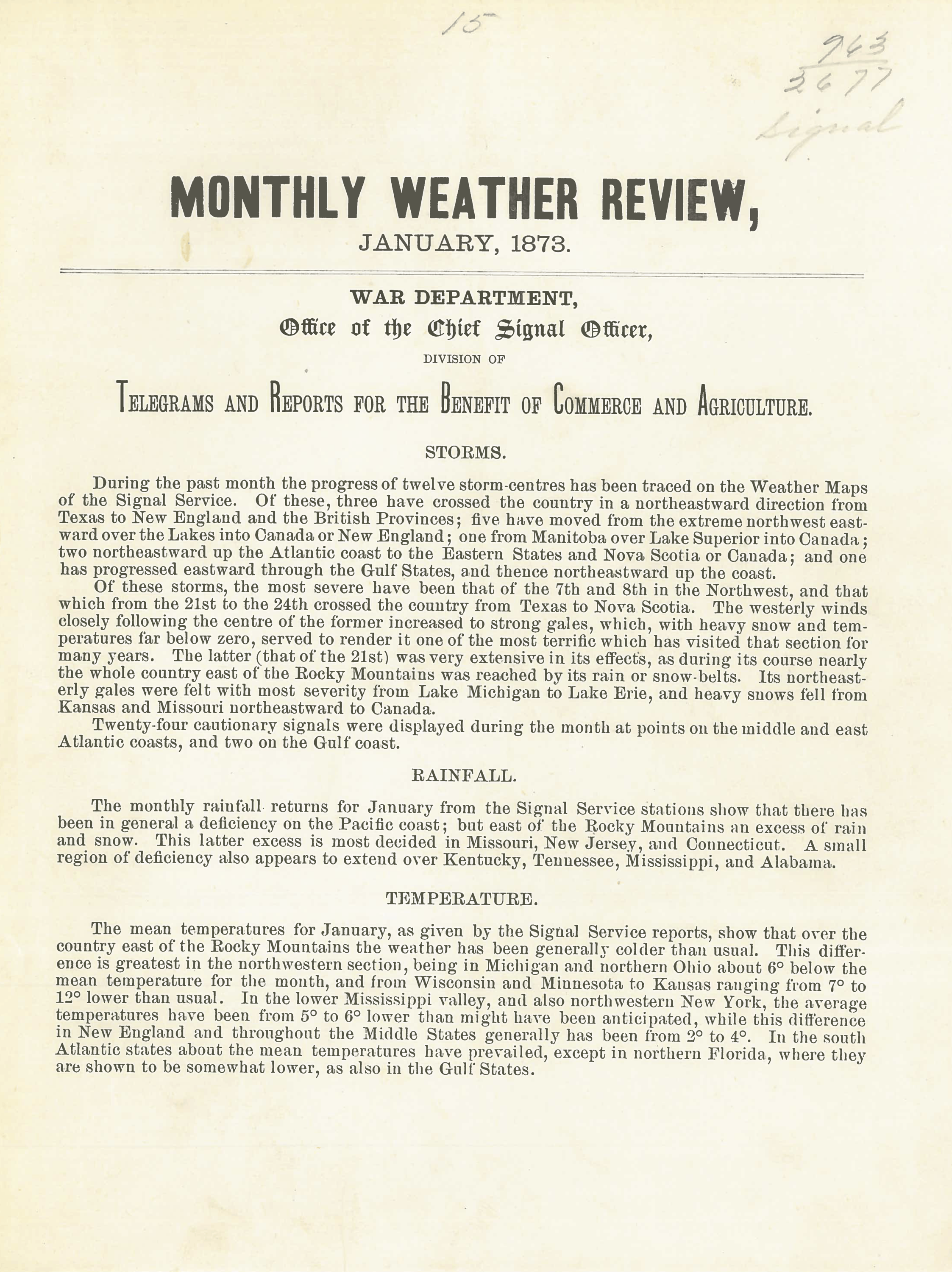 The year started with a 55-page history of the journal that detailed Monthly Weather Review’s start within the War Department to its present publisher, the American Meteorological Society. For many years, the journal was primarily tables and charts, with some text description of the weather.  The regular appearance of scientific articles started in August 1893, with the appointment of Cleveland Abbe as the Editor, and has continued almost uninterrupted to the present.

Abbe was one of the most influential and longest-serving editors.  He was present from the beginning when he constructed the first issue.  Through the first eight years, he was one of a number of editors who would alternate serving as editor. Upon becoming the sole editor in 1893, he began to remake the journal to be much more a scientific journal, although also publishing news items from around the world.

In 1959, another major transformation of the journal took place: Monthly Weather Review became a journal devoted only to publishing scientific articles.  Over the years, Monthly Weather Review published highly influential papers, including those on the first climate models by Joseph Smagorinsky and Nobel Prize winner Syukuro Manabe, early papers on numerical weather prediction, the tropical weather and ocean patterns El Niño–Southern Oscillation, and the tropical weather pattern the Madden–Julian Oscillation. 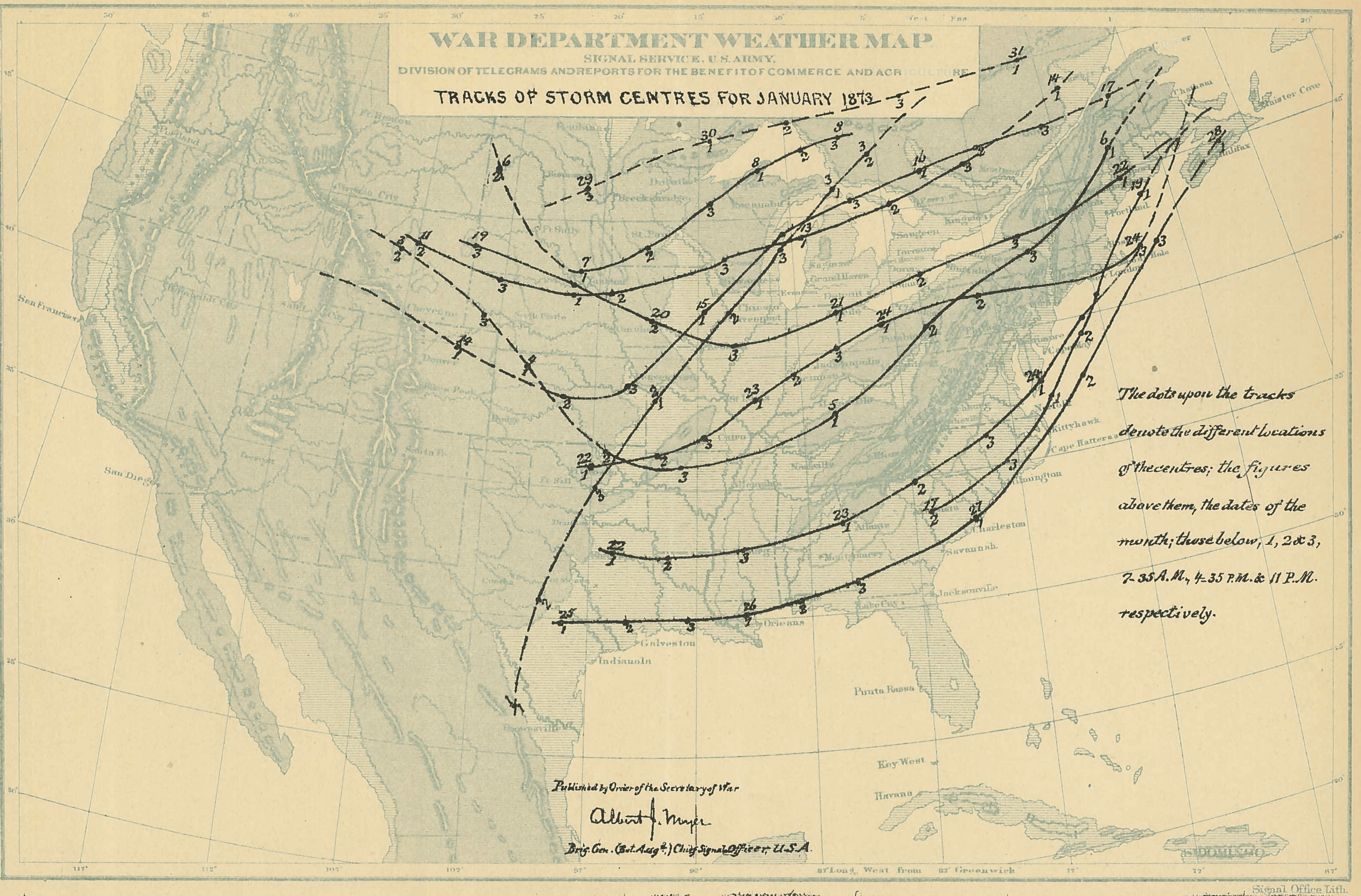 There were a number of departments where specialty articles were published, such as Annual Weather Summaries for hurricane seasons, and Picture of the Month, which featured some of the earliest satellite images fresh from those early meteorological satellites in the 1960s and 1970s.  Monthly Weather Review would also later begin publishing review articles in the 1980s, a tradition that continues to the present.

In 1973, NOAA, looking to reduce costs and focus on its governmental mission, approached the AMS about owning and publishing Monthly Weather Review.  In 1974, the AMS took over with Editor Chester Newton and his wife Assistant Editor Harriet Rodebush Newton at the helm.  The journal has grown ever since from around 1000 pages to 5000 pages per year, and from 200 to nearly 300 articles per year.  Starting in the 1990s, the journal, as did all the AMS journals, went digital.  One of the consequences of all the different digitization projects was that the entire Monthly Weather Review archive back to 1873 has been digitized and made freely available on the internet for all to read.  What’s in store in the future?  How about embedded animations, bringing a touch of the Harry Potter universe to Monthly Weather Review. 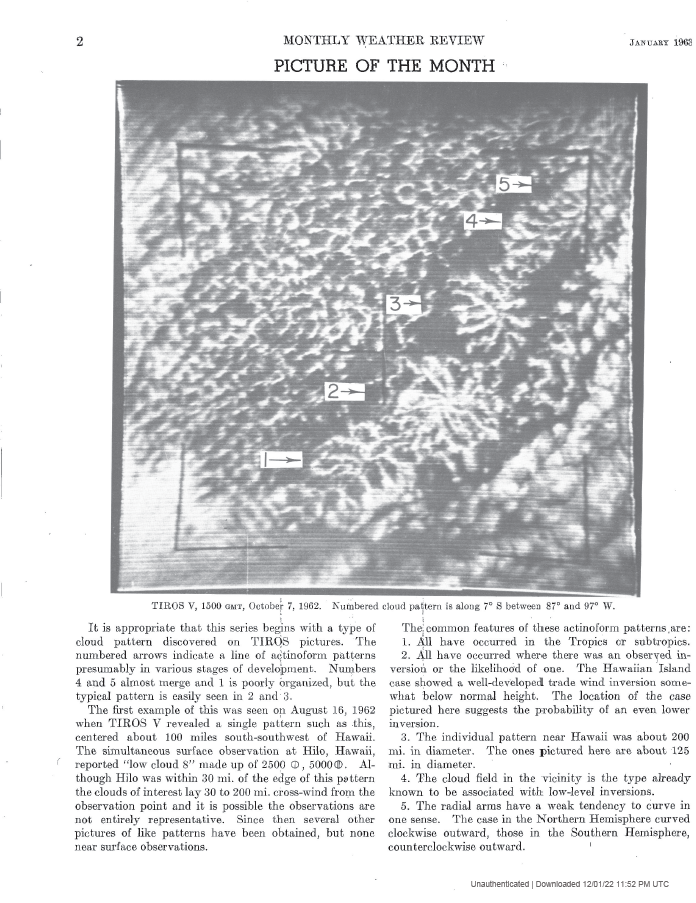 It’s been an honor to serve as the Chief Editor of Monthly Weather Review for the past 15 years. Serving as Chief Editor allowed me to bring my strong interest in scientific communication to maintaining the quality of the published articles.

David M. Schultz is the Chief Editor of Monthly Weather Review, and Professor of Synoptic Meteorology at the University of Manchester, United Kingdom.

Dec 8, 2022
From the Ground Up: An Operational Meteorologist's Vision for the NWS