This webinar is a collaboration with the Blue Hill Observatory. The speakers look back at the impacts and effects of the storms of 1978 in the Ohio Valley, and especially on the east coast of the United States.

Bob Thompson retired as the Meteorologist-in-Charge of the Boston/Norton National Weather
Service (NWS) Forecast Office at the end of April 2018. Bob received a Bachelor of Science in
Meteorology from Florida State University and a Masters Degree in Atmospheric Science from
the University of Washington. Bob’s career with the National Weather Service started as a
summer student trainee at the Boston office during the early 1970s. Subsequent National
Weather Service assignments included offices in Albany, NY, Anchorage, AK, Silver Spring,
MD, and Reno, NV before returning to the Boston area in November 1989. 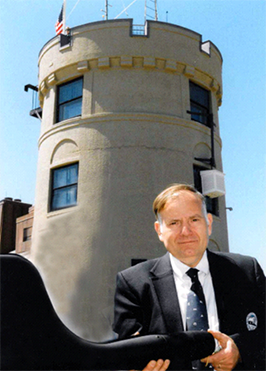 Dr. William E Minsinger, a retired Orthopedic Surgeon, was born and raised in Milton, MA. In 1980 he became involved with the Blue Hill Meteorological Observatory – a National Historic Landmark in his hometown.  He leads a nonprofit which now handles all observational work at the Observatory as well as STEM  educational programming based on weather and climate at the Blue Hill Observatory Science Center.

He has written 6 books and lectured on a number of historic weather events including the 1938 Hurricane with a long interest in New England weather and climate.

Blue Hill Meteorological Observatory, located at the top of a scenic mountain range south of Boston, is a unique American institution. Founded in 1885 by Abbott Lawrence Rotch as a private scientific center for the study and measurement of the atmosphere, it was the site of many pioneering weather experiments and discoveries. The earliest kite soundings of the atmosphere in North America in the 1890s and the development of the radiosonde in the 1930s occurred at this historic site.

Today, the Observatory is a National Historic Landmark and remains committed to continuing its extensive, uninterrupted climate record with traditional methods and instruments. The recently established Science Center expands this mission by enhancing public understanding of atmospheric science.

To learn more about the observatory, its unique place in weather history, and educational offerings, visit bluehill.org