On April 29, 2021 at 3 PM EDT/12 PM PDT, join Distinguished Professor of Meteorology Paul Markowski of Penn State University for a special inside look and first hand stories about how scientific “storm chasing” and state-of-the-art computer simulations have helped us better understand and predict tornadoes. 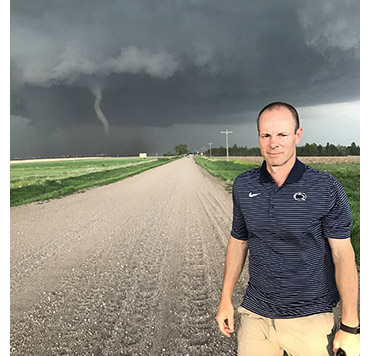 Paul Markowski, Distinguished Professor of Meteorology at Penn State University, was one of the organizers of the Second Verification of the Origins of Rotation in Tornadoes Experiment (VORTEX2).  He has been recognized for his tornadogenesis research as the 2015 recipient of the AMS' Meisinger Award, the 2013 recipient of the NWA's Fujita Award, and 2011 recipient of the European Severe Storms Laboratory's Dotzek Award.  He served as Chief Editor of the AMS Journal of Weather and Forecasting from 2011–2016. 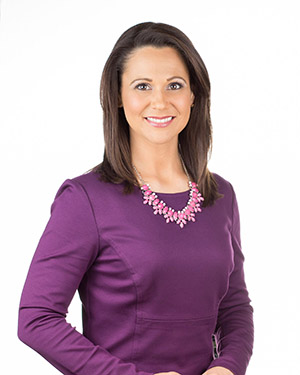 Erica Grow is an AMS Certified Broadcast Meteorologist and a Non-Resident Policy Fellow for the AMS. Her work in the AMS Policy Office is focused on the NWS's Weather-Ready Nation Ambassador Initiative. She also works as a freelance broadcast meteorologist at PIX11 News in New York City. Prior to PIX11, Erica was the weekend evening meteorologist at WNBC, also in New York. Earlier in her career, she was an on-camera meteorologist at WUSA in Washington, DC and WPVI in Philadelphia.

Erica's career in broadcasting has opened up other exciting opportunities, including attending the launch of the GOES-R satellite from Kennedy Space Center and traveling to the Hazardous Weather Testbed in Norman, OK to participate in NOAA's Experimental Warning Program. Erica was elected to AMS Council in 2018 and is serving the final year of her term. She's also the chair of the AMS Board on Membership and previously served on several other AMS Boards. In 2019, Erica was part of a special delegation to WMO World Congress (Cg-18) in Geneva, Switzerland.

Dec 23, 2020
From Fear to Forecasting: How I Learned to Love Tornadoes

Mar 31, 2021
Thunderstorm Photography Webinar: Capturing the Storm One "Flash" at a Time

Mar 17, 2021
Fern Kirkman: The First American Woman to Earn a Degree in Meteorology