"Our Weather Is Not the Only Weather"

Erica Grow is a Certified Broadcast Meteorologist and Non-Resident Policy Fellow with the American Meteorological Society. She also sits on the AMS Council.

Much of the continental United States shivered through a cold February- and we were not alone. According to the NCEI (National Centers for Environmental Information), the average temperature across the entire globe will go down as the coldest February since 2014.

The global temperature anomaly map below clearly shows that we took the brunt of it in the USA, especially in the Great Plains through the American Midwest. In Texas, this record-breaking cold manifested to devastating effects, with massive power outages and water line failures. 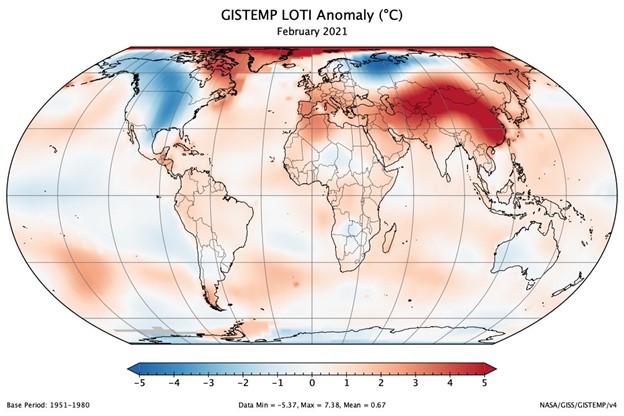 And yet, February 2021 was the 16th- warmest February in NOAA’s 146- year record. The 3-month period of Meteorological Winter (December, January, and February) ended as the 8th-warmest in the same record.

In the temperature map above, notice the big red blob in China, stretching through the Himalayas toward the Persian Gulf. Temperatures there were several degrees above average. Same goes for the Arctic, at the very top of the map. These giant temperature anomalies more than make up for the colder weather we experienced in the continental USA (commonly referred to as the CONUS), as well as the cold anomaly in northwestern Russia.

When scientists look at the bigger picture, anomalies like the frigid February in much of the CONUS can be shown in broader context. 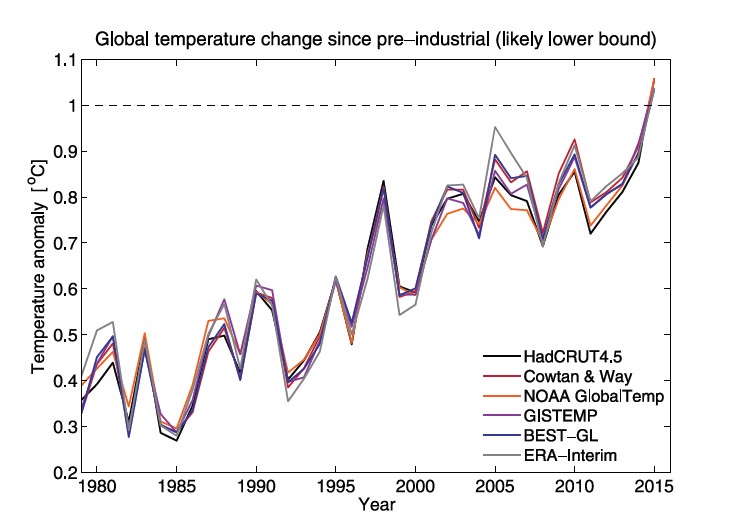 Take the image above, from a 2017 Bulletin of the American Meteorological Society (BAMS) article, as an example. Remember that this past February was the coldest since 2014? Notice that the graph doesn’t plummet in 2014; quite the opposite, in fact, as global average temperatures continued to rise. This is a good reminder that your weather- no matter where you live- is just a snapshot in time and space, and that cold spells can and will continue to happen in a warming world.

Mar 22, 2021
History and Records of the Automatic Weather Station on Denali Pass Part II: The Data

Jan 24, 2022
Deadly Weather During the Race to the South Pole