In Case You Missed It: Atmosphere & Weather News

Here are a few of the news stories from the weather and atmospheric sciences world that we've been following this week. Do you have a story we missed? Share it in the community!

Starting August 2, the National Weather Service will add a “damage threat” tag to Severe Thunderstorm Warnings, similar to Tornado and Flash Flood Warnings. This is an effort to better convey the severity and potential impacts from thunderstorm winds and hail. The damage threat comes in three categories, destructive (highest threat of the three), considerable (threatening), and base (lowest threat out of the three). These tags and additional messaging are designed to promote immediate action. Read the full press release here. 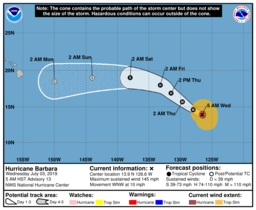 Is the Hurricane cone going away?

When a hurricane threatens to make landfall, forecasters offer a barrage of informational tools to communicate the risk of it coming through coastal and inland communities, so residents can prepare for its impact. Chief among these tools is the "cone of uncertainty" -- a visual depiction of the storm's potential path. But is the cone doing its job? Studies show that people often misinterpret this popular weather graphic. They don't understand the information it's conveying: the likely path of a storm, and its likelihood to deviate from that path based on historical data. A research team from Colorado State University argues that this creates a false sense of security for people outside the cone and propose a new graphic for hurricane forecasting. You can check out a gif of their proposed new visuals and read more about their work here. 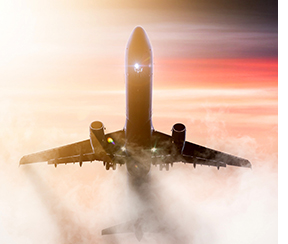 A research team from Virginia Tech, led by Jonathan Boreyko, associate professor in the Department of Mechanical Engineering, has found a new way for planes to de-ice during flight. Their secret? Leveraging the way ice itself grows. By machining small pillars of aluminum on a surface, they found that ice sheets grew on top of the pillars rather than attaching closely to the metal below. This made the ice much easier to remove, and opens the possibility for planes to de-ice while flying at altitudes between 35,000 and 42,000 feet. Read more about the research here, and watch the explainer video to learn more about the process.

New research led by the University of Washington and the University of California, Santa Barbara, looks at the longer-term future of wildfires using a model that focuses on the eastern California forests of the Sierra Nevada. They focus on scenarios of increased temperature and drought expected under increasing climate change. The study, published July 26 in the journal Ecosphere, finds that there will be an initial roughly decade-long burst of wildfire activity, followed by recurring fires of decreasing area. Read the story from the University of Washington. 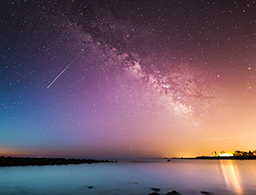 The brightness of the night sky is impacted not only by artificial light sources, but also by how that light moves through the atmosphere. Astronomers Miroslav Kocifaj of Slovak Academy of Sciences and John Barentine of the International Dark-Sky Association have now quantified the effect of air quality on sky glow. Their model, which they validated with actual brightness measurements, illustrates how clearing pollutants would decrease the impact of nighttime lighting and increase the darkness of the skies. Read more on the research here.

In a new effort to correct Numerical Weather Prediction (NWP) models, researchers used deep learning, a type of artificial intelligence, to train a network to better understand the uncertainty involved in the weather forecast products. The network learned to better predict four weather variables — temperature, humidity, wind speed and direction — from twice-a-day forecasts issued by the European Centre for Medium-range Weather Forecasts, or ECMWF. Read more about this method, which offers a broader, more comprehensive approach to correcting errors in forecasting models than many previous efforts. 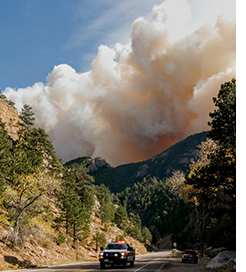 Researchers are examining the increasing intensity of wildfires to try and understand what the climate impacts may be as more particulates enter the stratosphere, and also how to better predict pyrocumulonimbus (pyroCb) outbreaks. On June 30, scientists measured the largest single pyroCb cloud they have ever observed in North America over the Sparks Lake fire in British Columbia. The North American Lightning Detection Network recorded nearly 113,000 cloud-to-ground lightning strokes during the event, a large amount for a storm in Canada. One meteorologist calculated that this one pyroCb event produced about 5 percent of Canada’s total annual lightning all at once. Read more about the firestorms they're studying and the tools they're using to do so.

Mar 30, 2021
#SafePlaceSelfie: Saving Lives One Selfie at a Time